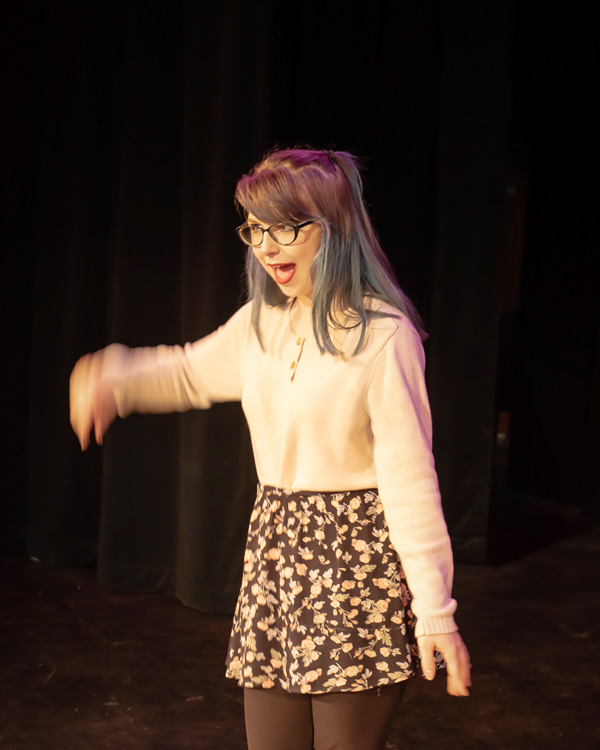 The Bandon Playhouse will hold auditions for its next play, the comedy-filled mystery, “The Night I Died at the Palace Theatre,” by Pat Cook.

Auditions for the 12 cast member play (six women and six men) will be held at 3 p.m. Sunday, Feb. 23, and at 6 p.m., Monday, Feb. 24, at the Sprague Community Theater. Auditions will consist of cold readings from the script, and no preparation is necessary. Co-directors are Amy Moss Strong and Breezy Robert.

Play synopsis: The Palace Theatre actors are just getting ready to rehearse the final scene for their latest production, “I Ain’t Got No Body,” when they run into a snag. The director who wrote the play is found dead onstage. Lois is shocked into an allergy attack! Ava faints! Luther orders a pizza! There’s a lot of disbelief among the troupe until it becomes quite evident that Dexter Allan has, indeed, shuffled off this mortal coil. Not only that, he owed several of the actors a lot of money. And then Frances dies, only she doesn’t really die. And then the pizza kid shows up … only he really isn’t the pizza kid. The only thing they are sure of is their director is dead … or is he? Timothy accuses Gordon, Glenda accuses Dana, Luther can’t figure out where his pizza is and baby-faced detective Jimmy Todd has to put together all the clues. Clues intermingle with unveiled threats as cast member turns against cast member. Who heard Dexter’s final words? Who kept threatening him for all to hear? And just when is Luther going to get his pizza, anyway?

“The Night I Died at the Palace Theatre” will be performed at the Sprague Theater May 23, 24, 29, 30 and 31. For more information, contact Amy Moss Strong at 541-290-9989, visit the Bandon Playhouse Facebook page, or check out the website at bandonplayhouse.org. 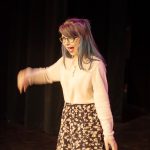 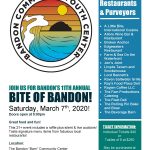 The Bite of Bandon